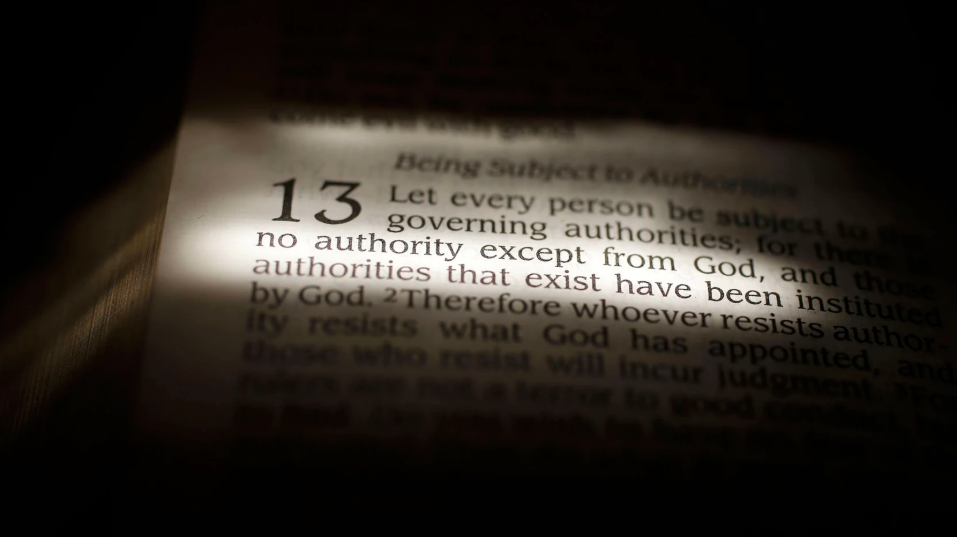 We have seen that the source and foundation of religious laws is the will of God revealed through Holy Scripture. We previously recognized Holy Scripture as the criterion of religious ordinances, for it contains all the revelation of God that has been vouchsafed us. Now, after the revelation of this that has been given, it will not be difficult for us to understand and to prove too – for the enlightenment of all people – the exact nature of religious laws, and to demonstrate their characteristics and attributes.

To acknowledge the source of religious laws as true and potent, and the fountain whence flows the water of life and immortality, and to accept in faith Holy Scripture as the indisputable Word of God, is to acknowledge and to accept the very foundation of religion and religious laws, the very revelation of the Logos of God who became flesh and dwelt among us, full of grace and truth. He who acknowledges and confesses the source and foundation of religious laws, must without doubt, by force of logic, accept and confess that which follows from them, as well. He must admit the truth of the religious laws which are derived from the Holy Scriptures, whether directly or indirectly.

God is a free person possessing will and His will is holy, just as He possesses a nature which is holy. Did He not command us, “Be ye holy, for I am holy”? (Leviticus 11:44, LXX; and I Peter 1:16). The holiness of God’s will, which Christ termed purity of heart, is associated closely with its reliability and freedom from sin. It is the wish and purpose of God in His holiness to impart His excellent, superlative quality to all mankind by purifying them from all sin and every stain of flesh and evil spirits.

To accomplish this, God employs religious laws and their first and essential characteristic is that they are holy, for they proceed from the most holy will and nature of God. Hence religious laws, holy in themselves, lead to holiness through purification of the soul from sin. Moreover, they are holy not only from the positive or permissive aspect, but also from the negative or prohibitive aspect.

The laws are called positive or permissive when they define whatever action is to be taken toward the perfecting of the soul through the acquisition of virtue. They are called negative or prohibitive when they define what action must be avoided, and when they restrain the will and forbid this or that. Religious laws are principally negative, while moral laws are chiefly positive. “Avoid evil” is the decree of religious law; it indicates how we can escape the power of evil and avoid it. It shows us how to be delivered from it, since we are its prisoners, chained to it.

Nevertheless, in avoiding evil and being delivered from it, we also should do good. This is a positive concept and not a negative one, for evil is negative and not positive. Therefore, God also said, “Do good.” Hence there are laws which we obey in order to obtain the good, and these we call moral laws. We know as religious the laws by which we reject evil, as we go astray or are being freed and released from it.

In this way we distinguish between religion and morality, between religious laws and moral laws, and do not confuse them. It follows, then, that religious laws are holy in the negative or prohibitive sense, while moral laws are holy in the positive or permissive sense, because the one kind repudiates and expels evil, while the other kind defines the good and codifies it so that it may be put into practice.

In their work of warding off evil, religious laws cannot be effective without power. However, because they derive it from their subject, God, from whom they take their origin, they also share in His power, because the will of God is all-powerful and almighty, both positively and negatively. It is so in the positive sense because it can of itself strive after and accomplish good; in the negative sense it can of itself ward off evil and work for its complete extermination. This ability is eternal and infinite, not relative or limited.

In the eternal and infinite task of aiming at the good and expelling the evil, admittedly there is present a positive power, both infinite and eternal, as well as the opposite, or negative power. Therefore, because they are products of an omnipotent will which always is powerfully effective against evil, religious laws are characterized by divine ability and power without which man’s will is unable to gain release from ills and forever keep them at bay.

Not only is God’s will able to repel evil eternally, and capable of making others strong to fight evil, but also it is full of wisdom and understanding. It is expert at putting the negative law before the positive, at putting religion before morality, the religious laws before the moral laws, the healing laws before the science of hygiene and dietetics. This is because the wisdom of God knows that after man fell into sin, there came into being in him a nature extrinsically sinful, wholly contrary to man’s original nature, and especially contrary to the most holy and pure nature and will of God.

When an experienced farmer intends to plant a field with wheat or a garden with vegetables, he knows that he first must clean the field or the garden of wild plants – thorns, thistles, and weeds – and then must plant in it cultivated, superior plants. In the same way, because He is wise, God knows that in the realm of morals, religion should lead to our cleansing, sanctification, and redemption from the sinful nature which came into being in us after the first act of sin.

Even now this is borne out by the nature of affairs from the very beginning, if we truthfully acknowledge the ease with which our nature slips into sin. Since the will of God which has decreed the religious laws is wise, we conclude that the religious laws that spring from it are wise too, and in every respect adapted to man’s nature with its extrinsic weakness and sinfulness, and achieve their own purpose in wisdom.

What are wisdom and understanding? What are immortality and life eternal? To understand “and to know thy power” (of God), said Solomon the wise, “is the root of immortality” (Wisdom of Solomon 15:3; LXX).

The Theanthropos equated life everlasting with the knowledge of truth, and He declared that the one is the result of the other when He said. “And this is life eternal, that they might know thee the only true God, and Jesus Christ, whom thou hast sent” (John 17:3). Only God, then, is immortal by nature, because only He is wise by nature.

When examined from the point of view of their object, religious laws are:

The limitations of religious laws depend upon man’s contingent state, for sin is a contingency, an accident; it is not an essential characteristic of creation or of free created beings. Sin had a beginning, a time when it commenced to exist, but it also will have an end, a time when human wickedness will be sought after, but none will be found. “Break thou the arm of the sinner and wicked man: his sin shall be sought for, and shall not be found” (Psalms 9-B:15; LXX). [1]

The impartiality of religious laws and the manner in which they are applicable to everyone are based upon the universality of sin, which has polluted and contaminated the pure nature of mankind. Man’s nature was pure and spotless before the coming of sin. However, because all men have sustained a common misfortune, they all have need of impartial laws of healing – without any exception.

Where religious laws are limited by time and are temporary, they are dependent on what is limited and impermanent in sin, since sin does not have an infinite span of existence, unlike virtue. Man practices religion as long as he remains sinful and is under the domination of sin, because when he ceases to sin and instead feels within himself a force capable of repelling sin, he no longer has need of religious practices or of religious Jaws.

Similarly, no healthy person needs the laws of healing, because he is free from illness. Nevertheless, man requires moral laws, just as a healthy person requires dietary laws. Even St. Paul said that for the righteous there is no law, because they are beyond religious laws (Galatians 5:16-24). Therefore, we conclude that from man’s point of view, religious laws are contingent or accidental, impartial or equally applicable to everyone, limited, transient, and provisional.

[1] In Bagster’s Septuagint Version of the Old Testament, this is an unnumbered Psalm (v. 15) between Psalms 9 and 10. In Leoni’s Greek Ebdomikonta (Septuagint), it is Psalm 9:36; in the KJV, Psalm 10:15. See Prologos for information re: Septuagint (LXX). 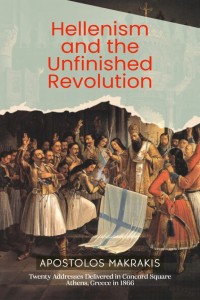 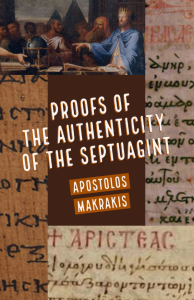