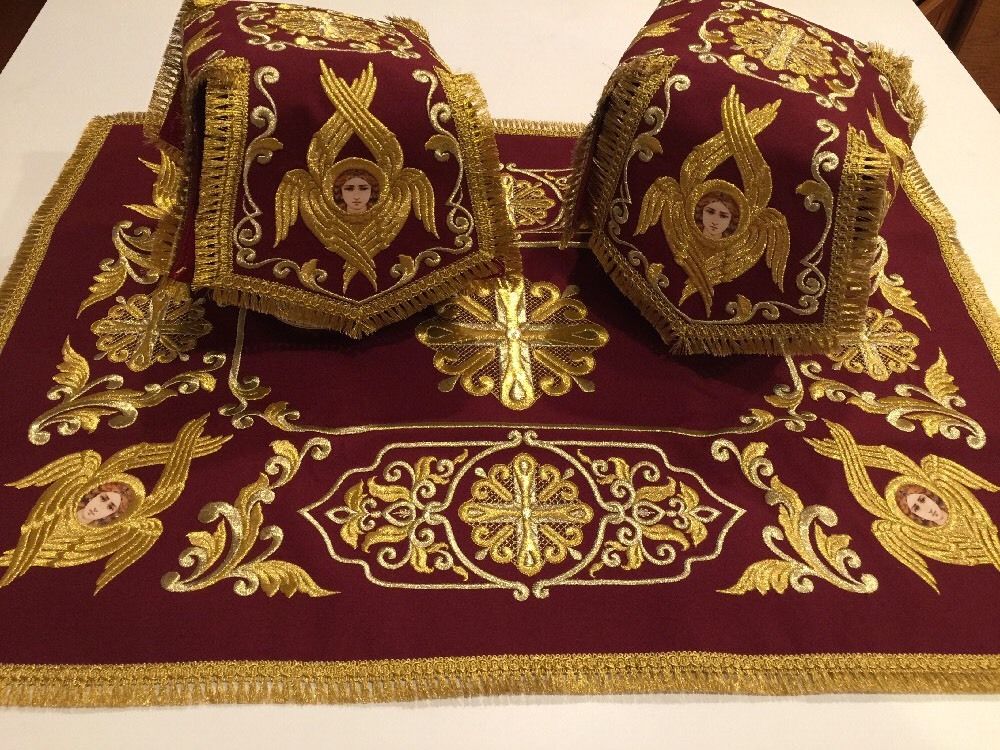 Our Lord Jesus Christ, who in deed and in word established the two baptisms for the regeneration, sanctification, and adoption of those who believe in Him, Himself likewise established and delivered to the Church the mystery of the Eucharist on the night in which He was betrayed, as Paul testifies, saying:

“For I have received of the Lord that which also I delivered unto you, that the Lord Jesus the same night in which he was betrayed took bread: and when he had given thanks, he broke it and said, Take, eat; this is my body, which is broken for you; this do in remembrance of me. After the same manner also he took the cup, when he had supped, saying, This cup is the new testament in my blood; this do ye, as oft as ye drink it, in remembrance of me. For as often as ye eat this bread, and drink this cup, ye do shew the Lord’s death till he come,” (1 Cor. 11 : 23 – 26.)

According to this testimony, which Matthew, Mark, and Luke also bear, the mystery of the Eucharist has for its essential elements the bread, and the wine of the cup, mingled with water and the blessing, through which the bread is changed into the very body of the Lord, and the wine of the cup into the very blood poured out upon the cross in confirmation of the New Covenant. This mystery is administered continually in the Churches by canonical priests in remembrance of Christ, who died for us, because Christ ordained its permanent solemnity, saying: “This do in remembrance of me,” and ordained it to be a continual solemnity, that we might have through it nourishment and life eternal, that we might return thanks to God and the Father, because He loved us so much that He gave His only begotten Son unto death, that we might live through Him, that we might become with Christ one flesh pure and holy, dead to sin and living unto God, that we also might love Christ even as Christ loved us, and die for Him, as He also died for us; in order that, in one word, we might be perfected, nourished and instructed through this divine and heavenly food, and made like unto Christ the perfect man, in all things; that through the communion of this mystery Christ remains in us, and we in Christ, and through such oneness and union we bear much fruit, according to the words of Christ: “He that eateth my flesh and drinketh my blood dwelleth in me and I in him,” (John 6:56). “He that abideth in me and I in him the same bringeth forth much fruit; for without me ye can do nothing,” (John 15:5).

This mystery has for the regenerated Christian, who has received the grace of adoption through the two baptisms, the effect of nour­ishment, through which he who has been regenerated grows and becomes perfect, after the measure of the stature of the perfect man in Christ. As the new-born infant, if it receive not its own natural nourishment, dies, so the Christian, regenerated of water and of the Spirit, if he eat not this sustenance of eternal life, dies, as Christ testifies, saying: “Verily, verily, I say unto you, except ye eat the flesh of the Son of man, and drink his blood, ye have no life in you,”(John 6:53). As we eat the sustenance of the body continually, while we live, that we may live, so also we ought to eat continually this sustenance of the life according to Christ, while we live in Christ, that we may live in Him always. For this reason again He said: “Who so eateth my flesh, and drinketh my blood, hath eternal life; and I will raise him up at the last day,” (John 6:54).

As the food of the body is related to the work of the body, be­cause we labor for gain and to prepare food, and eat the food that we may become strengthened for work, so also this food of eternal life is related to the work of the soul, through which it acquires the right to eat this divine food and through which it is strengthened for the labor of its own duties. For this reason Christ said: “Labor not for the meat which perisheth, but for that meat which endureth unto everlasting life, which the Son of man shall give unto you,” (John 6:27).

Christ gave this food in the night wherein He was betrayed that He might die for the life and salvation of men, and established the law for its acquisition and for the preparation of this food through the mystery of the Eucharist, which is celebrated in His remembrance in the orthodox church, as from the beginning it was celebrated by the Lord Himself, changing through the blessing the bread and the wine into His own body and blood, of which the twelve disciples partook, even Judas himself who betrayed Him, thus becoming a type of those who unworthily commune unto judg­ment and condemnation, and not unto righteousness and life eternal.

The communion of this mystery requires that they who commune shall keep themselves from every evil thing and shall work the works of God, the works of righteousness and goodness, through which we come to resemble the just and good God. They who have this :good conscience have also the right to eat of this heavenly food, which is analogous to the fruit of the tree of life in Paradise, and to the manna, which sustained the people of God in the wilderness forty years. They cast away the right to eat this food who do an evil work, transgressors of the Law of God, as also Adam cast away the right to eat the fruit of the tree of life when he transgressed the command given to him. But this last right is again acquired through the mystery of repentance, which is the fourth mystery. It is to be celebrated in case of sin. This is the next subject to be discussed.