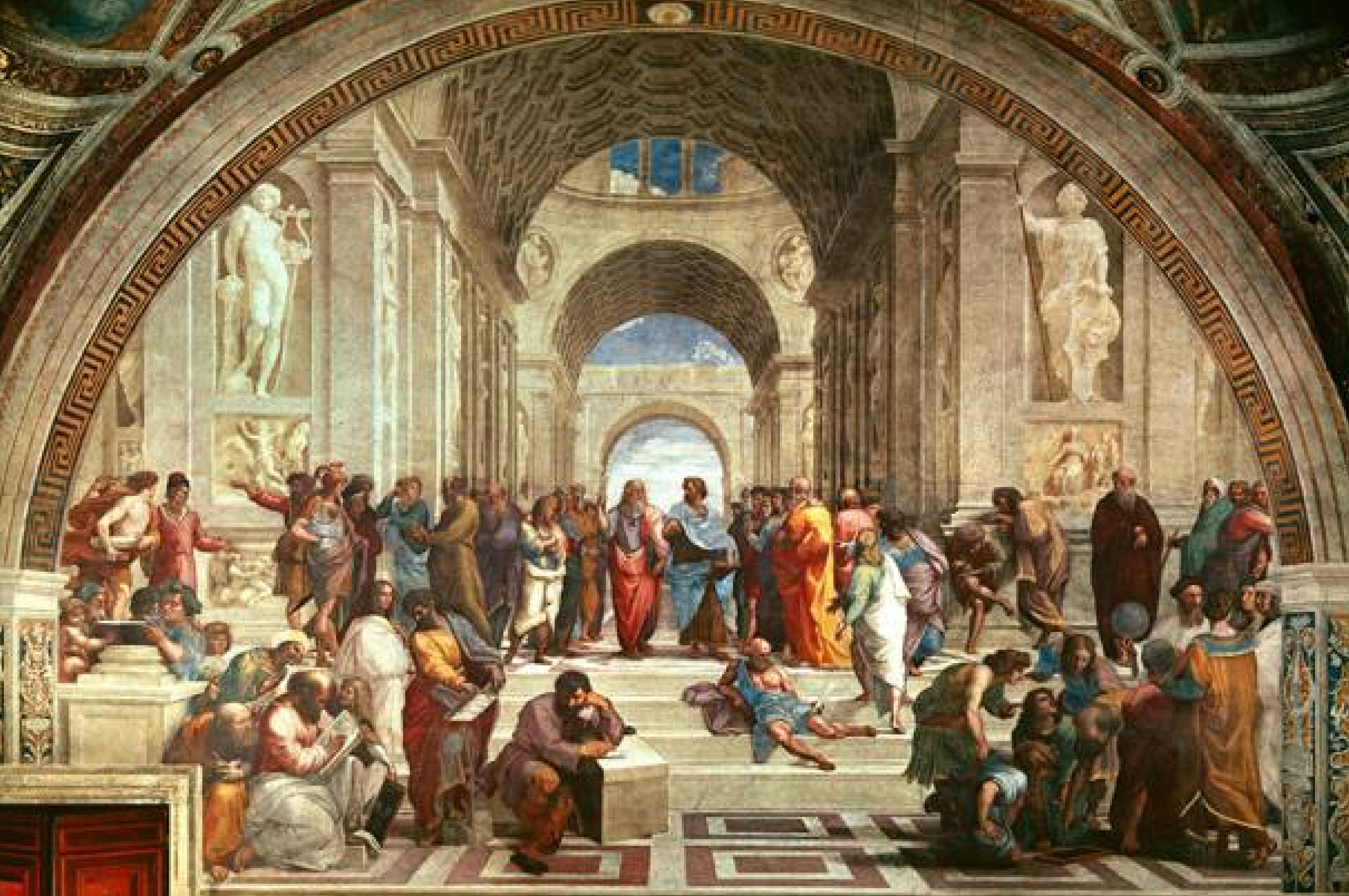 These three truths comprise the principles and basic foundation upon which the whole structure of religion is built and all religious teaching is founded. If these truths are taken away, then neither can there be any such thing as the structure of religion, nor can religious teaching have any substance. Those who thoughtlessly deny the validity of these three principles, make a second denial of the validity of religion.

The acceptance of the three truths is consistent with the evidence of conscience, which in every man bears witness to the following truths: that he has an innate inclination and propensity for sin and evil; that he is very ready to do evil and finds it hard to do good, even though he was created for good, and by nature looks up to the good with admiration; and that his mind is busy with wickedness from his youth onward. Every man’s conscience admits that everyone is a transgressor of the natural law and of the written law, and therefore is worthy of conviction and punishment.

The acceptance of the three truths on which religion is founded agrees with evidence of history in the unerring accounts in Holy Scripture which relate the facts of the transgression of the moral law by our earliest ancestors, and of their conviction and punishment by God. There is both psychological and historical evidence, and anyone who does not accept these truths acts against conscience, because he denies this evidence. He denies the psychological and the historical evidence; he denies himself also.

The acceptance of the three truths is an undertaking necessary to the substance of religion, just as the acceptance of the substance of religion is an undertaking necessary to the substance of its foundation – the three truths. The first is the beginning; the second is the result. But from where does the beginning come, and from where the result? What is the cause of man’s death and what is the cause of his life? Why is man a sinner and mortal, and why is there religion on earth? It is because man was convicted as a transgressor of the moral law and was sentenced to death by the righteousness of God, according to the justice of God.

Thus, convicted and sentenced to death by the law of righteousness, man lost the power to live, which legally he had no right to possess after sin; the only right he had was to hope for life because of the goodness and compassion of God. Since he had no right to live by the righteousness of God because he was guilty of transgression of the law, he cast himself on the compassion of God and cried out, weeping as the penitent publican, “God, be merciful unto me, a sinner!” (Luke 18: 13). Hence the door of actions was closed, and the door of penitence was opened-the door of grace through true religion.

It is the goodness of God, therefore, that is the cause of true religion, while the righteousness of God is the cause of man’s condemnation. God firstly hears the case and gives sentence, and afterward has mercy. However, He does not have mercy on everyone – only on those who recognize their sin and ask for the mercy and grace of God.

No grace is given before the trial and the sentence, because grace sets justice on one side and does not allow righteousness to administer freely its own correction to the transgressor of the law. But grace comes after the sentence and the culprit is delivered, because the penalty has been remitted for him, for righteousness has been fully satisfied. Religion as grace received substance after the transgression and sentence of primeval man, for it could not precede the fall and sentence of the earliest human beings because an obstacle to it existed in righteousness, according to which the transgressor had to be punished.

Even when God pronounced the sentence of death upon the earliest human beings, He hastened to declare His grace to them, and He intended that it should be given to them after a lapse of time by means of the saviour, even His Son. By the curse which God pronounced on the Devil, who deceived man by guile and dragged him down into sin, He revealed to primeval man the time of grace and of his release through the saviour who was to bruise the Devil’s wicked head, for He said: ‘“And I will put enmity between thee and the woman and between thy seed and her seed, he shall watch against thy head, and thou shalt watch against his heel” (Genesis 3:16; LXX).

Almighty God uttered these words to wicked, crafty Satan, the father of lies and sin. Similarly, in order that God might show both that the grace which He promised to the entire human race will come forth in the last days, and that at that juncture man had to die in accordance with the decision of God to condemn, He spoke thusly: “Behold, Adam is become as one of us, to know good and evil, and now lest at any time he stretch forth his hand, and take of the tree of life and eat, and so he shall live for ever” (Genesis 3:23; LXX).

The tree of life was the hypostatical Logos of God, who declared in the Gospel: “I am (…) the life: he that believeth in me, though he were dead, yet shall he live:” (John 11:25). It is Christ alone who quickens with life those who believe in Him. Our earliest ancestors were prevented from approaching the Logos lest they live forever, for the Logos was to be revealed in the fullness of time, not to two or three men, but to all mankind.

The righteousness of God passed sentence upon man after he sinned, and the goodness of God had pity upon man after he repented and comprehended his sin and the just judgment of God upon him. But could the righteousness of God have passed sentence if basic principles were nonexistent, and did not serve as the initial cause for trial and sentence? Most assuredly not; even the goodness of God does not fulfill its proper function if the basic principles which cause it to bestow grace do not exist in the first place.

Likewise, there can be no sentence or penalty without crime and law; no pardon, mercy, and grace without recognition of the sinful act; no repentance, tears, fasting, and vigils without confession of the sin committed, without prayer and supplication, without admission of our guilt made openly and fully, and without our just punishment at the hand of God. Without sin and transgression of law, even righteousness cannot perform its work of correction; consequently, neither penalties, nor trials, nor sentences exist. Furthermore, without recognition of what has been done, and repentance on the part of the sinner, the goodness of God cannot have any effect on man, because by its action it conflicts with righteousness which decrees and imposes a penalty on anyone who does not repent, but continues to sin.

If it were assumed that no one had sinned against the-moral law, neither trials, nor sentences, nor penalties would exist. Consequently, the righteousness of God, with its corrective action, would not be known by man. But if not one of the sinners had recognized bis own sinful act or repented of it, neither would religion have existed, nor grace and mercy; consequently, the compassion of God toward man would have remained unknown. Indeed, the design of creation would have been frustrated because the present world would have been mankind’s eternal sentence and eternal punishment.

Therefore, those who deny religion consider themselves either to be sinless and not in need of divine grace and divine mercy, or to be by nature evil, and not to be diverted from evil-sinning after the fashion of Satan, unrepentant, and as such worthy of eternal punishment and unworthy of the grace and mercy of God, which are required only by those who recognize their sin and are grieved because they are sinners. If they assume the first, they are contradicted shamefully by the evidence of their own conscience, for it bears witness to them that they are transgressors of the moral law. But if they assume the second, they are contradicted by the experience of the facts, for this experience shows that sinners as condemned as they, repented and were saved through the grace of God after recognizing their sin, and became holy.

However, if they remain or wish to remain unrepentant as Satan, and wish to deny the validity of religion, they can do this for themselves; nevertheless, they cannot persuade sinners who repent, that God does not grant them His mercy and remission of their sins. Their unbelief cannot do away with the truth of the facts.

Religion is attuned to our sinful nature and is essential for wiping away sin, which only true religion can blot out. Our nature has need of religion, for it is an absolute necessity for purification and sanctification. Religion is founded on our sinful nature, and yet it springs from God’s goodness and mercy. Those who oppose religion, oppose the grace and mercy of God which are poured out on penitent sinners. They make God either a tyrant over man, inexorable and cruel, or else lacking in foresight and consideration. Those who oppose religion, oppose life, and support the rule of the Devil and of death on earth.

Thus far the following truths have been considered:

It may be concluded that just as there is no one who fails to transgress the moral law, so also, there is no one who does not need the divine grace that is poured out through religion. Therefore, the power of religion possesses both universality and necessity.