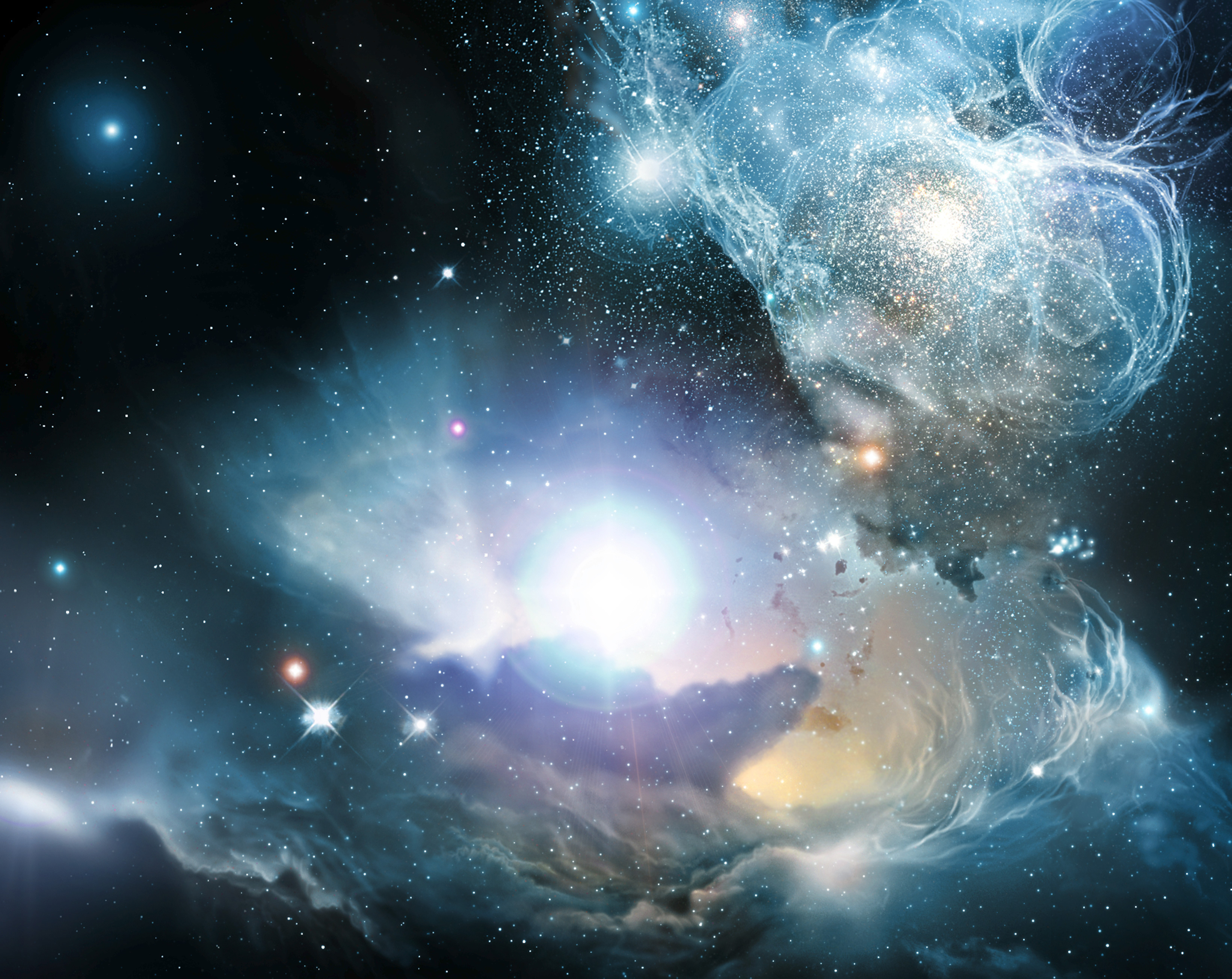 “In the beginning God created the heaven and the earth.” – Genesis 1:1

We begin the interpretation with the phrase “in the begin­ning” by asking, What are we to understand by this term? The meaning of “in the beginning” is connected with the idea of God and with the verb “created”, which expresses the action of the creative power of God. Consequently, until we have had in mind the idea of God, it is impossible to answer the question put.

God being a Mind complete and perfect with respect to knowledge as well as power, with respect to will as well as action, and with respect to feeling and joy, He is conceived as existing eternally and as being ever the same, undergoing no alteration or change whatever either for better or for worse, because His nature, being perfect and self-sufficient and wantless, has nothing to gain by way of improvement, nor is it possible for a Mind perfect in respect to both wisdom and power to lose any attribute. The completeness and perfectness and unalterableness of the substance of God constitute eternity conceived in contrast with time. Time implies a substance coming into being and going out of being, gaining and losing, moving and progressing and being determined by its motion. Eternity implies a substance existing eternally and being eternally and ever the same, and because of its perfection undergoing no alteration. Eternity and time are abstract ideas which cannot be conceived without the concrete substances of the eternally existent God and of the world coming into existence. For, an abstract idea is naturally abstracted from a concrete sub­stance, and in the absence of something concrete neither is abstraction possible nor can an abstract idea enter our mind. Abstract ideas must be predicated of the concrete substances from which they have been abstracted. Thus, for instance, eternity must be predicated only of God, by saying that God is eternal, because the idea of eternity has been abstracted only from God. Time, on the other hand, must be predicated of the world, by saying that the world exists in time or is subject to time, because the idea of time has been abstracted from the world. On the other hand, it is absurd and illogical to think that the world is eternal, or that God is subject to time. Eternity and time are ideas opposed to and excluding each other, and cannot both be predicated of the same object. Wherever eternity can be predicated, time is excluded; and wherever time is predicated, eternity must be excluded. What is eternal is not in time, and what is subject to time is not eternal. Eternity, however, is the cause of time, and time depends on eternity and cannot be conceived without it. In order to conceive the relation of time to eternity, and how time is born of eternity, we must pass from the abstract to the concrete.

God eternal, being a perfect Mind with respect to knowledge and power, cognizes everything that His power can produce or create. Anything that is not in existence, but can come into existence through the action of God’s power, is called contingent. If God decides to bring it into being, what is contingent becomes a being, or something actually existent. The transition of the contingent into being through the will and power of God is termed the genesis (origination) or fact (thing originated), and is the beginning, or principle, of time. The progress of which the fact is susceptible is called the future of time. As the fact progresses, time is divided into past and future, between which lies the present of the fact. For instance, before being born I was merely contingent, and, being contingent, I had been in the intellect of God for ages, for God is eternally cognizant of everything that is contingent. After passing from mere contingency into being, I was born, and my birth is my temporal beginning. But, having been born, I am capable of progress and development. All the progress and development that I can possibly pass through is my future. In proportion as I develop and progress my future becomes a past. The point at which I find myself is always the present. By thus turning the contingent into being, then, God creates the principle of time. Moreover, He creates all time through the progress and changes which the fact undergoes. God, then, being timeless and eternal, is the author, or living cause, of time, for without God the contingent cannot become a being, and without{ an essence already actualized and in process of development time cannot subsist. Wherefore we may say abstractly that eternity begets time, and that the relation of time to eternity is like the relation of an effect to its cause. Now that the idea of time and that of eternity have been explained by the idea of God, we can easily define the signification of the phrase “in the beginning”. By “in the beginning” is meant the transition of the contingent into being by virtue of the will and power of God. The transition itself is termed a genesis, and is the beginning of time. Let us conceive God to be eternal, and let us transfer all the facts, or all actuality, into mere contingency. Nothing will then be existent except only God eternal, who decides to substantify whatever contingent thing pleases Him. No sooner has the omnipotence of God acted than the contingent has begun to subsist and has become a being, capable of progress and change – such is the beginning of creation and of time, beyond which are God and eternity. The beginning of time has no past, but only a future, and this is the essential characteristic of the beginning of time. The end of time, on the other hand, that is, that epoch when all alteration and change shall cease, has no future, but only a past. A beginning without a past, and an end without a future, – such are the extremities of time, within which is embraced every finite creature. Every point of time between the two extremities cuts time into past and future, and is itself conceived as the present moment. Of course we are situated between the extremities of time, and cut it into past and future by our present existence. Behind us we have the past, before us we have the future. So when we read in the Bible: “In the beginning God created the heaven and the earth,” we are carried back mentally to that point of time which has no beginning and which is connected directly with eternity. That is the beginning of time, and that is the meaning of “in the beginning”.