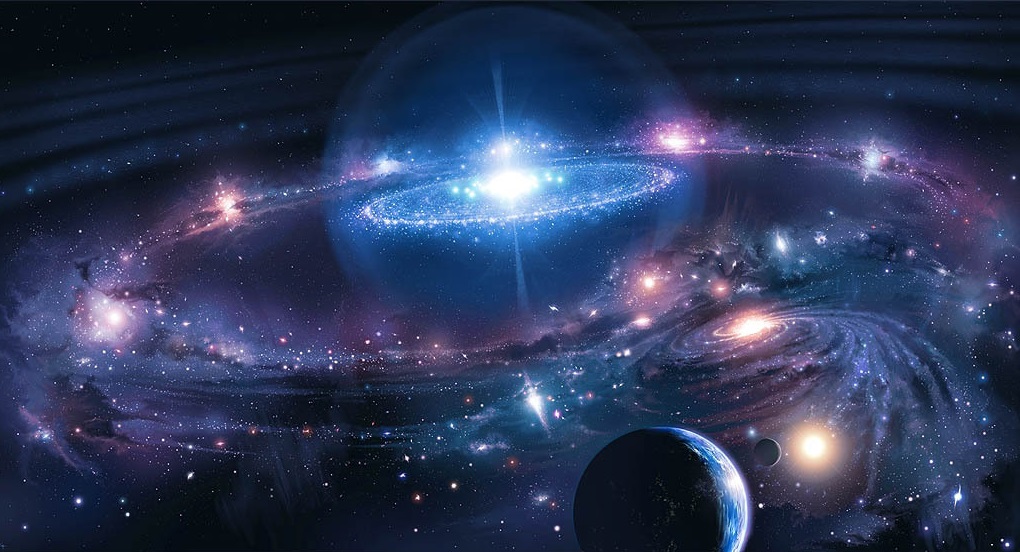 The work of God is progressive, for it goes forward from imperfection to perfection, from the start to the finish. Its end is not the destruction of the divine work, nor its reduction to nothing, but its bringing to perfection to make it complete and entire. This means that the work of God reaches the state where it appears in its perfection, neither falling short of nor exceeding what is necessary.

When the work of God becomes perfect, so that there is no possibility for increase or decrease, it represents perfectly its creator and maker in the whole of His nature and essence, in His perfect being, and in His sheer perfection. The work of God is then in equality with God, because it bears the excellent qualities of God stamped upon it, for it is His icon, and represents its perfect author, God Himself.

The creation of the world is ranked higher and considered more perfect than the causing of being, because when being is caused, the non-existent becomes existent through the almighty power of God, but in the creation of the world, that which exists, which came into being out of the non-existent, receives attributes and a nature also. It becomes a reality and a being, whereas previously it was a substance (hypostasis) without feeling or consciousness, inert and possessing no form or any kind at all.

Previously, explanation was made of the law of the causing of being by which the non-existent was created and made to exist, as it were, in a single instant of time, and of the law of the creation of the world by which that which received being was used for the creation of the world, and was refined and brought to perfection gradually in time. However, the explanation was in general terms and not in detail.

Now let us offer an explanation by examining the progress of the creation of the world, the advance and development of the product of creation. By this, what formerly existed in a simple, uncompounded form and had homogeneity, appears with a kind and form possessing characteristics and attributes, movement, activity, life, and such qualities as are suitable for its constitution and the destiny before it. The path travelled thus far is portrayed in the following diagram.

The non-existent became the substance (hypostasis) underlying being. This substance, which was without essence and kind, and then received form and kind according to the plan in the mind of almighty God, became a being and essence, and then advances according to the law of progress until it reaches its goal of being or perfection. Thereafter it ceases to take to itself anything more in order to become more perfect, for there exists nothing more perfect than perfection.

When God has in view a work which He creates for a final goal, which His will conceives and brings to pass in time, He makes everything which is correct and necessary for His final will, the aim of creation. Among the many works of God there exists a supreme work toward which He directs the remainder of His works – a work for whose sake the other works came into existence. This work is the aim and objective set before the other works of God, for in relation to it, they are viewed as the means to an end.

In what was once and for all brought into being out of nothing, out of the non-existent through the omnipotence of the eternal God, may be found the substances (hypostases) which underly beings. This matter is inert, inactive, and without feeling or consciousness, possessing none of the attributes· of being. Therefore, there is the following definition of matter which indicates its nature:

”That which exists and is not conscious of its existence, is matter.”

Primordial matter not only lacks consciousness, but also lacks feeling and activity. Consequently, so long as what exists exists with no knowledge and no awareness of its own existence, it is matter, and is called matter. But when it receives consciousness and knowledge of its existence, it becomes spirit, for it was not spirit before, when it had no knowledge of its existence. Thus we distinguish between matter and spirit, unconscious existence and conscious existence. As long as the world of the substances (hypostases) of beings remains without any awareness or knowledge that it exists, it is still the world of matter. It is still the very matter for beings.

Consequently, matter is the primordial world of substances (hypostases), and from it God fabricates and constructs the world of beings, beginning from the creation of the spiritual world, the world of angels and ministering spirits. These God creates as the means and instruments of His will, to perform their part in placing it into effect.

The first and the last, and succession in time generally, may be noticed in the creation of beings. In the creation of the world of beings, God follows the law of progress whereby His perfect work comes into being at the very last, while the less perfect comes into being in the beginning. Finally, when God created the perfect creature, He created no other creatures after it, because there is nothing more perfect than perfection.

In the beginning, the three worlds possessed a common primordial matter, and the world of substances (hypostases) also was shared. Ultimately, through the activity of God in. creating the world, these came to be distinguished by their nature, their attributes, and their destiny, into three worlds of beings:

In God’s activity in creating the world, there appears first the invisible world of angels. By this action, the substances (hypostases) of the angels receive form and spiritual nature. They are allowed to become aware of their existence, but they do not receive a body. They pass from unawareness of their existence, from matter, to conscious spiritual existence. Therein they are capable of thought, awareness, and will, for they have become minds and free wills, whereas previously they were substances of beings without awareness or freedom, subject to the law of necessity. By God’s activity in creating the world, they receive consciousness and freedom from God Himself, who is perfect being and has a perfect consciousness and will, and absolute freedom.

Suddenly, out of the darkness of ignorance and involuntary, unthinking activity, by God’s action in causing being, there rises to the light of knowledge and free activity, an innumerable host of beings, many and various ranks of ministering spirits. They gaze with the eye of the mind at the eternal light of the glory of God, at the spiritual sun of the spiritual firmament, for the sun may be recognized only by the mind.

Truly there at was great joy when the world of ministering spirits realized the worth and the destiny of their world and gazed upon the sun that is the centre of the spiritual world. From its rays their world received illumination and by its light they witnessed creation and the creator God of all.

The minds in attendance on the Logos gathered roundabout their creator God who gave them their being, their knowledge, and their free will. To His gracious, holy will they deferred; in obedience to Him they thought, willed, and advanced in the knowledge and full recognition of His demands. The spiritual world contained a multitude of spiritual beings who with genuine love and concord rendered praise to God who was pleased to create being – intelligent, spiritual, and free – for worship and service to the almighty will of God. Gradually, as time transpired, they were to understand this will fully and know it perfectly.

There arose from the dark ocean of unconscious matter, an entire world of ministering spirits, wearing as a form and as a garment that shall not be taken away from them, the conscious spirit of God . This is the spirit which illuminates and hallows every being destined to become quick of intelligence and free.

Thus they filled the very heavens and the object of their thoughts was God and His excellent perfection. They thought of God, praised Him, and glorified Him with spiritual language – both for His grandeur, and for His goodness and mercy, which He showered upon them. For He bestowed upon them not only being, but also awareness of their being, freedom, and all other spiritual qualities.

Yet the world of angels came into being gradually and was developed in time in the revelation of the will of God, for in the very beginning the angels had no knowledge of the divine will. Hence they are capable of progress in knowledge, and a study should be undertaken of their gradual creation and mental development, with evidence from Holy Scripture and orthos logos – from sacred written evidence and appeal to right reason.